Don’t Mock the Millennials: How the nascent generation can revitalise the workplace with their unique skillset and smart employers can reap the rewards 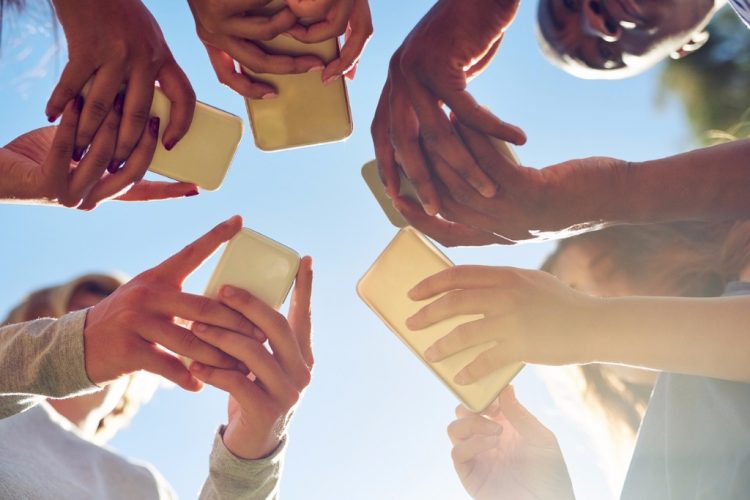 Millennial is a buzzword which seems to have inveigled its way into everyday parlance as both a term to indicate a specific generational group and a certain worldview. A very basic definition of Millennial by the Oxford Dictionary, is “denoting people reaching young adulthood in the early 21st century,” whilst a more in-depth description is posited by a 2016 Guardian article which characterizes them as being between the ages of 20 and 35, or born between 1980 and 1994, (although some definitions may vary and encompass the years up to 2000). They have also been labelled Generation Y, as the successor to Generation X, which spans the age bracket of 36-50 and the precursor to Generation Z which is largely considered to be those under 20. It is estimated that there are around 13.8 million people who comprise Generation Y in the UK.

The millennial generation was shaped by the advent of communications, media and digital technology, an increasingly liberalised approach to politics and economics in the western world, and the Recession, which has precipitated high levels of unemployment among young people which may have significant future ramifications such as first-time buyers struggling to purchase property.

Whilst “Millennial” is a broad term for a certain demographic, it struggles to evade certain pejorative connotations of privilege, disaffection, and a Selfie coveting digital devotion. It can evoke an image of narcissistic youths who communicate in Hashtag-prefaced soundbites and aimlessly trawl their newsfeeds on the brink of existential crisis. However, this may serve as a somewhat two-dimensional sketch of a generation who are an ever-adapting construct of turbulent socio-economic conditions in a transitory and frenetic world, young people just trying to tread water against ever-rising sea levels.

Whether the qualities they embody are revered or reviled, as a vital cross-section of the jobs market, it is crucial for both recruiters and employers to understand how to effectively engage with them and provide them with promising career prospects in order to effectively harness their talents.

PWC (PriceWaterhouseCoopers) detail in their Millennial research how Generation Y are distinguished by their use of technology. They have grown up immersed in the digital world, with broadband, smartphones, laptops and social media as part of their everyday lives and have the expectation of being able to instantly access information. Of crucial importance, this is the first generation entering the workforce with a greater aptitude for a key business tool than their senior colleagues have.

According to the Deloitte Millennial survey, there are several main characteristics that Generation Y exhibits in the workplace:

Research undertaken by PWC has also indicated that millennials tend to put their needs above that of the company they work for and often believe they have compromised in accepting the role they are employed in. They expect a high level of progression within a role and to have diverse and interesting projects to work on, within a more flexible working environment. They are also enthusiastic about the prospect of being seconded overseas. Perhaps as a by-product of their affinity with social media, feedback and praise is of integral importance to them. They desire regular reviews and encouragement from bosses, in order to feel valued and that their contributions have been recognised. They also wish to have collaborative and interactive discussions with their superiors. Opportunities for training and development are very important to them, concordant with their aspirations for a rapid and successful career trajectory. They tend to value development along with flexibility as more important than salary. They are also incentivised by perks and benefits in a company such as social activities, like Zoopla who offer table tennis and free drinks during the week and beer on a Friday evening.

In a similar vein, if the expectations of Millennial employees are not fulfilled they may feel justified in leaving after a short tenure and pursuing the above attributes in their next position.

It is important that prospective employers take these observable traits and expectations into account in order to provide desirable working environments for millennials, who are (according to PWC’s research) due to make up 50% of the global workforce by 2020 and are critical to the future success of their business.

Whilst it may not always be feasible for employers to fulfil all of the above criteria, which may seem at times overoptimistic, the companies who successfully attract millennial candidates have observed marked benefits. As a dynamic and innovative generation, the millennials have a formidable skillset to bring to a workplace. Their famed near symbiotic relationship with technology and Virtuoso-like aptitude for navigating between different devices and media can provide new dimensions to a more staid workplace set-up and unlock the power of modern technology. They have the ability to encourage technological use amongst other less tech savvy employees. The Wall Street Journal has documented how younger employees are able to teach older employees about technology; stating how employees aged 18-34 are assisting older workers who may be unfamiliar with smartphones, iPods and social media, and this can extend to recreational use of technology such as Instagram or What’s App. As the Millennial generation grew up with this technology they may be better placed to offer tech support.

Millennials have spent their formative years in a maelstrom of technological innovation, where pioneers like Mark Zuckerberg or Sean Rad of Tinder may seem like modern folk heroes. These technology leaders may appear to be mavericks who found a way to monetize the more intangible –yet most fundamental arenas of human existence, and seductively gift wrap them in cutting edge technology. According to Digital Spy, 40% of 18 to 30 year olds said Mark Zuckerberg was their role model for entrepreneurship in a survey published by GoDaddy. The poll surveyed a total of 7,200 professionals worldwide and 50% of millennials said that they plan to start a small business or become self employed within the next ten years.

This has instilled in the Millennials an innately more entrepreneurial spirit. They have been subconsciously taught to ‘brand’ themselves from a younger age and this has inspired them to utilize these attributes effectively in their careers. As Jaime Bochantin writes in the Charlotte Business Journal, “most millennials are already marketing themselves, whether they know it or not…Millennials are hyper-connected with media. They go online more than any other generation. Millennials are equipped with a bottomless pit of marketing tools. Millennials are the masters of social media, which means they understand that marketing exists through other people. What’s more, millennials can position themselves in their company as the go-to-person for all technology needs, making them an invaluable asset to their work group.”

The Millennial generation may seem defined by its decadence to some, and like any generation has its own concerns and cultural by-products. However it is clear that this demographic has vital skills and knowledge to impart, which will add value to any business environment. In the midst of curating their Instagrams and sepia-toning their Selfies, it seems the Millennials have exhibited their panache for multi-tasking and acquired a great breadth and depth of innovative knowledge and techniques. Ultimately, it seems the qualities, contextual factors and inclinations which coalesce in Generation Y can powerfully reframe the narrative from indulgence to enlightenment.

Mobilus Ltd are a boutique recruitment agency specialising in Marketing services, IT and digital sectors, with an in-depth knowledge of our marketplaces. We believe the personal approach is integral and we meet our clients and candidates to meticulously establish their unique needs. This enables us to forge the most successful working relationships between these parties. Get in touch to see how we can help.

“It was a pleasure to meet with you the other evening, I was impressed with your thoroughness and encouraged by what you had to say about my CV, a far cry from my experiences with other so-called recruitment agencies.”